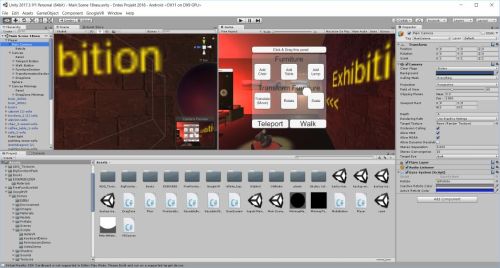 One of the tasks in the „How VR works“ MOOC included taking a 360° panorama shot with the Street View Smartphone App. At first I ignored the 360° version and just took a panorama shot by turning myself once around: the photo was quite good and done in seconds, but it wasn’t very immersive because the upper part and lower part were „missing“.
Doing it correctly wasn’t easy as I was standing in the Palatine forest and in the end, the trees consisted of many single pictures which had to fit – otherwise you get ghost trees coming out of nowhere …
This is the best of my attempts which I already uploaded to Google, so it can be found via this short url (https://goo.gl/maps/hxqmta79LLA2) or you click on the full url: